The Cornell Racing pit crew works on its Formula 1-style race car at a competition. This student project team raised $18,320, well over its goal of $15,000, through a crowdfunding campaign in November. Photo Credit: Provided

Thirteen Cornell projects raised $218,500 from 1,356 gifts during a month-long crowdfunding campaign in November.

A chorus will perform at an elite musical conference in March. An engineering project team will defend its national competition record. And Big Red athletic trainers will take even better care of Cornell’s student-athletes, thanks to updated equipment. These and ten more Cornell project teams raised money to fulfill their goals by connecting with generous alumni, family, and friends.

“The 2017 crowdfunding burst was an absolute success,” said Kaitlin Provost, assistant director of annual giving communications for the Samuel Curtis Johnson Graduate School of Management and a member of Cornell’s crowdfunding team. “Ten out of the thirteen projects we worked with hit over 100 percent of their goal, and every single project received gifts.” 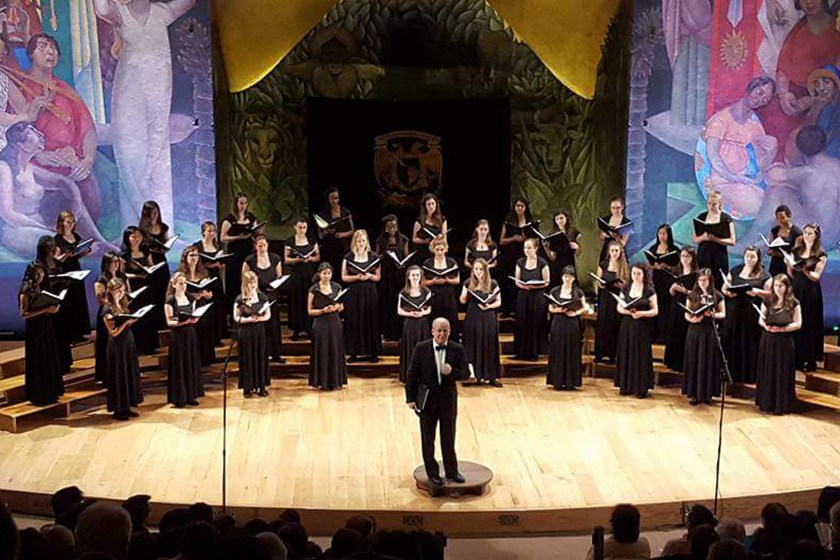 The Cornell University Chorus has been accepted to the American Choral Directors Association Eastern Division Conference in March 2018. The ensemble raised more than $11,000, exceeding its goal. Photo: Provided 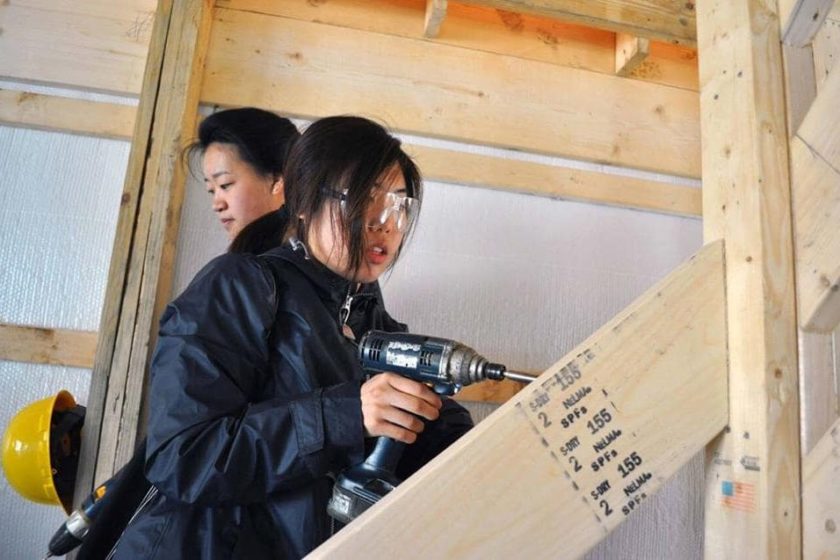 During an Alternative Breaks trip in 2016 to Housing Assistance Corporation in Cape Cod, students work with community members to build a barn for a sustainable farm. Alternative Breaks reached its $21,000 goal during the November crowdfunding burst. Photo: Provided 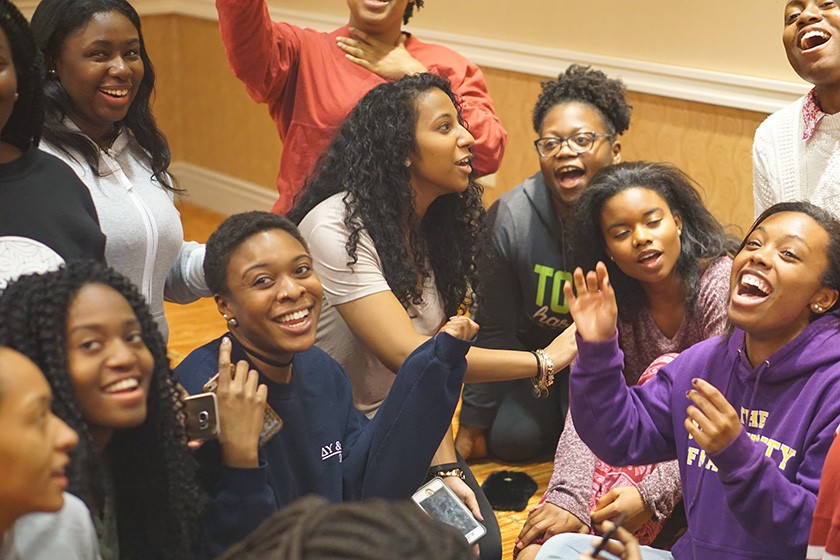 Members of Les Femmes de Substance, which provides professional growth to women of color, on their annual retreat. The group raised $8,500 through crowdfunding, surpassing its $7,000 goal. Photo: Provided 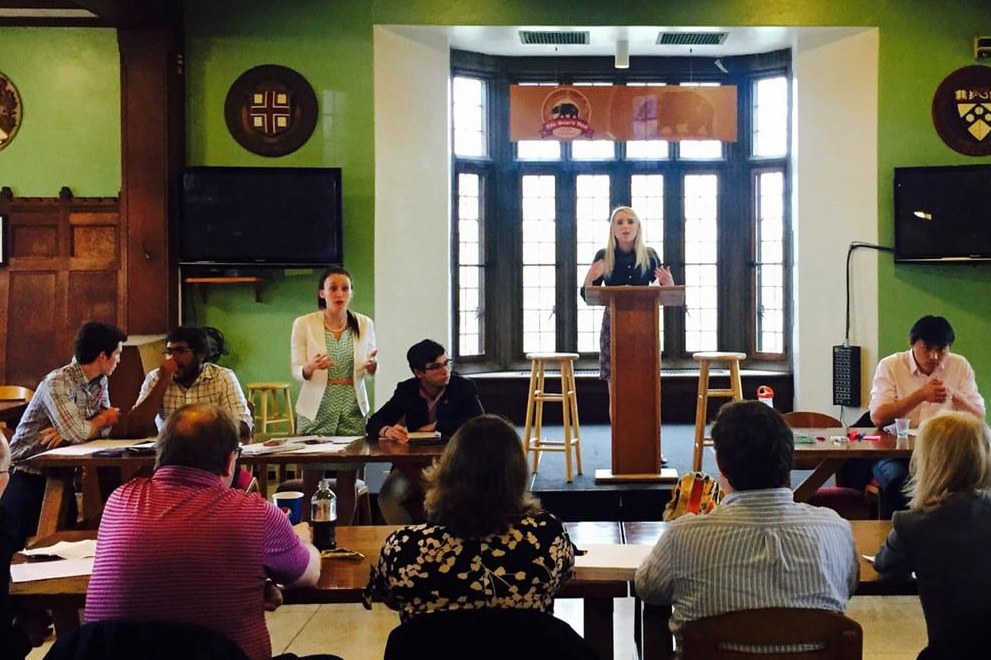 Members of the Cornell Speech and Debate Society at the annual Class of 1894 Debates. The group raised more than $15,000 through crowdfunding, exceeding its goal. Photo: Provided

Crowdfunding is a great fit for all 13 of the 2017 projects because each has a compelling story to tell, said Provost. A team from across Cornell Alumni Affairs and Development works with project leaders—students, staff, and faculty members—to plan and execute the month-long campaigns.

“Crowdfunding works when you have a group of engaged and passionate people willing to share their stories and, through personal outreach, encourage other people to feel passionate about their projects, too.”

“Although the chorus was honored to be selected, we had not budgeted for attending the conference in our projections for the coming fiscal year,” said Michelle Carfagno ’19, project team lead.

To raise funds to go to Pittsburgh, the 60-member chorus turned to crowdfunding, spreading word of their campaign through personalized emails and social media networks. More than 130 friends and family gave, as well as many chorus alumnae, and the chorus shot past its $11,000 goal in the last 24 hours of the campaign.

“We were all so ecstatic when the final one hundred dollars were donated!” said Carfagno. “We will be able to cover costs for meals, travel, and lodging and save budgeted funds for other upcoming trips and projects.

“It was wonderful to see support for our trip from a wide audience of donors.”

Cornell’s Baja Racing Team has had top 10 finishes in national competitions for the past eight years. To defend its record, the current team is designing and building its best car yet to race on courses full of barriers, bumps, and dirt.

And this year’s undergraduate project team wanted to challenge its fundraising skills in addition to its engineering talent.

“The whole team wanted to be involved with funding,” said Yubin Kim ’19, a member of the Baja business team. “This gives a chance for all of our members to contribute to the future and success of our team.”

The all-in effort paid off. On launch day, November 1, team members reached out to family, friends, and alumni, raising almost 50 percent of the $20,000 goal.

“The next day we reached our goal completely!” said Kim.

It was very encouraging to see that there are so many people out there excited for our team and ready to support us, our car, and our education.
—Yubin Kim '19, member of Cornell's Baja Racing Team

Thanks for the great care

Cornell athletes spend a lot of time on the field, on the court, in the pool, and in the weight room. Many of them also spend time in the Big Red Athletic Training facilities, getting injuries treated. And some of the current equipment has seen a lot of injured Big Red athletes.

“We haven’t upgraded our equipment since the mid-1990s,” said Bernie DePalma, associate director of athletics for sports medicine and the Doc Kavanagh Head Athletics Trainer.

He jumped at the chance to crowdfund new equipment—including stationary bikes, electric stimulation units, and ice machines—so athletics training staff can provide the best care possible to their student-athletes.

During the one-month campaign, Big Red’s Athletic Training and Sports Medicine Department surpassed its goal of $25,000 with gifts from 65 donors. Some gave in honor of coaches. Others gave in honor of the athletic training staff member who took care of them when they were playing their sport.

“The best moments of the campaign were funny text messages from the younger alumni—mostly made after their donation—reminding us of the injuries they had and how helpful the staff was to get them through it,” said DePalma.

Cornell launched Small Projects, Big Impact, its crowdfunding campaign, with seven projects in 2014. Since then, 85 individual projects have raised more than $1,500,000 in total support for the university.

“Crowdfunding is a good fit for Cornell,” said Provost. “The donors get a personal connection to these students. They get to watch all of these projects unfold and know that they helped make it possible.”

Give to the Ithaca campus

When you support resources on our Ithaca campus, you invest in key activities that help students and faculty succeed.

Parents and families give

Family involvement creates a positive experience for all students. Make a difference at Cornell and in the lives of others with your support and engagement.