In a nod to the building’s mid-20th-century existence as The Pancake House, appetizers served at the center’s opening ceremony drew on classic menu items and recipes: sliders, silver-dollar pancakes, and chicken nuggets.

The dedication event itself likewise drew on history, decades-long alumni connections to the university, and a perfect combination of ingredients to mark a new era of welcoming new generations of Cornellians to the Ithaca campus.

About 50,000 people a year are expected to visit the center at 616 Thurston Avenue, including prospective students, their families, and other guests; information sessions and daily campus tours now begin there (rather than in the Day Hall lobby); and the university’s information desk, Office of Visitor Relations, and switchboard are located there.

The center is named for Martin Y. Tang ’70, a longtime Cornell benefactor, trustee emeritus and presidential councillor, who made a $3 million gift with his sisters Nadine Tang and Leslie Tang Schilling. That gift was made in response to a fundraising matching challenge initiated by The Atlantic Philanthropies, the foundation created by Chuck Feeney ’56 that has invested nearly $1 billion in the university over the past several decades. Additionally, members of the multigenerational Cornell and Ithaca family, the Tremans, named the center’s new spacious outdoor terrace that overlooks Beebe Lake.

The renovation was designed by JMZ Architects, founded by Robert Joy ’72.

Joel Malina, vice president for university relations, welcomed guests in the center’s expansive great room. He noted that the center’s location, convenient to North and Central Campus, with the Thurston Avenue bridge to its west and Beebe Lake and the Cornell Botanic Gardens to its east, is ideal to introduce visitors to campus.

It “really is the perfect front door to Cornell,” he said. “First impressions are crucial for recruitment and for welcoming future Cornellians to this special place.”

Exhibit space in the center, designed by the Herter Design Group, represents “a new endeavor” for the university, Malina said, and includes information about university history and its founding, influential Cornellians, and bold photographic murals.

Cornell President Martha E. Pollack thanked the Tang family, Feeney and The Atlantic Philanthropies, and the Treman family for their dedication and commitment to the university.

Feeney’s “giving while living” ethos “has touched so many parts of this university, here in Ithaca and in New York City,” she said. “We like to refer to him as Cornell’s third founder. … we are so pleased that the center’s history exhibit recognizes Chuck’s singular influence.”

Of Tang, she noted his long legacy of welcoming Cornell leaders and friends to Hong Kong and co-founding and leading the Cornell Club there, his commitment to student financial aid, and his long service as a trustee. “Martin Tang is an exemplary university citizen,” she said, thanking him and his sisters for rising to Atlantic’s gift challenge.

Pollack also thanked the Cornell “superclass” of 1956 that has set philanthropic records for many years. Members of that class have been “among the longest and strongest advocates for a new welcome center,” and the reception area of the building has been named in their honor, she added.

Christopher G. Oechsli, president and CEO of The Atlantic Philanthropies, said the center is “where students and others will come to be introduced to the possibilities and prospects of becoming Cornell students, and to learn about Cornell’s history and identity. This is, in essence, the place where people will come to get their Cornell University compass.

“Symbolically, and perhaps more importantly,” he said, the center “reflects the moral compass of those who have come before, have been rewarded by their experience at Cornell, and have chosen to return that reward to Cornell and to future students.”

In that way, this space “echoes and shares the experience and aspirations” of Feeney himself, Oechsli said.

Pollack introduced Tang, noting that “it’s only fitting that this building, which so warmly welcomes visitors from around the world to Cornell, should be named for a person who has so often, and for so many years, welcomed Cornell and Cornellians into his life.”

Tang said that as a student, he and members of his fraternity used to come to Noyes Lodge when it was the Pancake House on weekends when their house kitchen was closed. In recent years he has reconnected with several of those classmates and “it was like we had never left Ithaca,” he said, noting that it gives him “great satisfaction to see Cornellians together.”

“Surely, the dividend has been a multiple of what I have put in,” Tang said, describing the center as “a magnificent place to welcome future Cornellians and their families and friends.”

“The welcome center is the capstone, so far, of my life story with Cornell.”

This story was written by Joe Wilensky, and it also appears in the Cornell Chronicle. 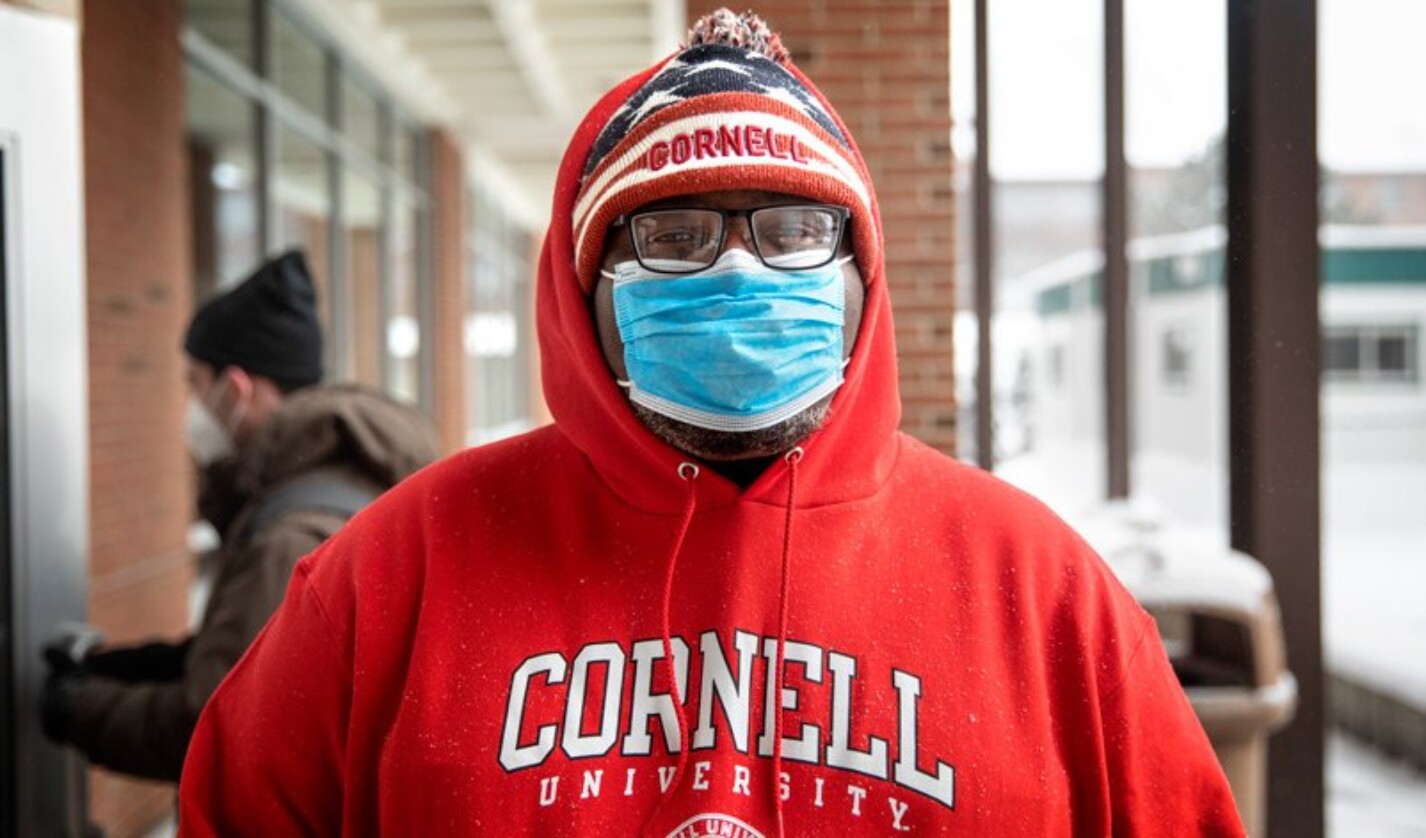 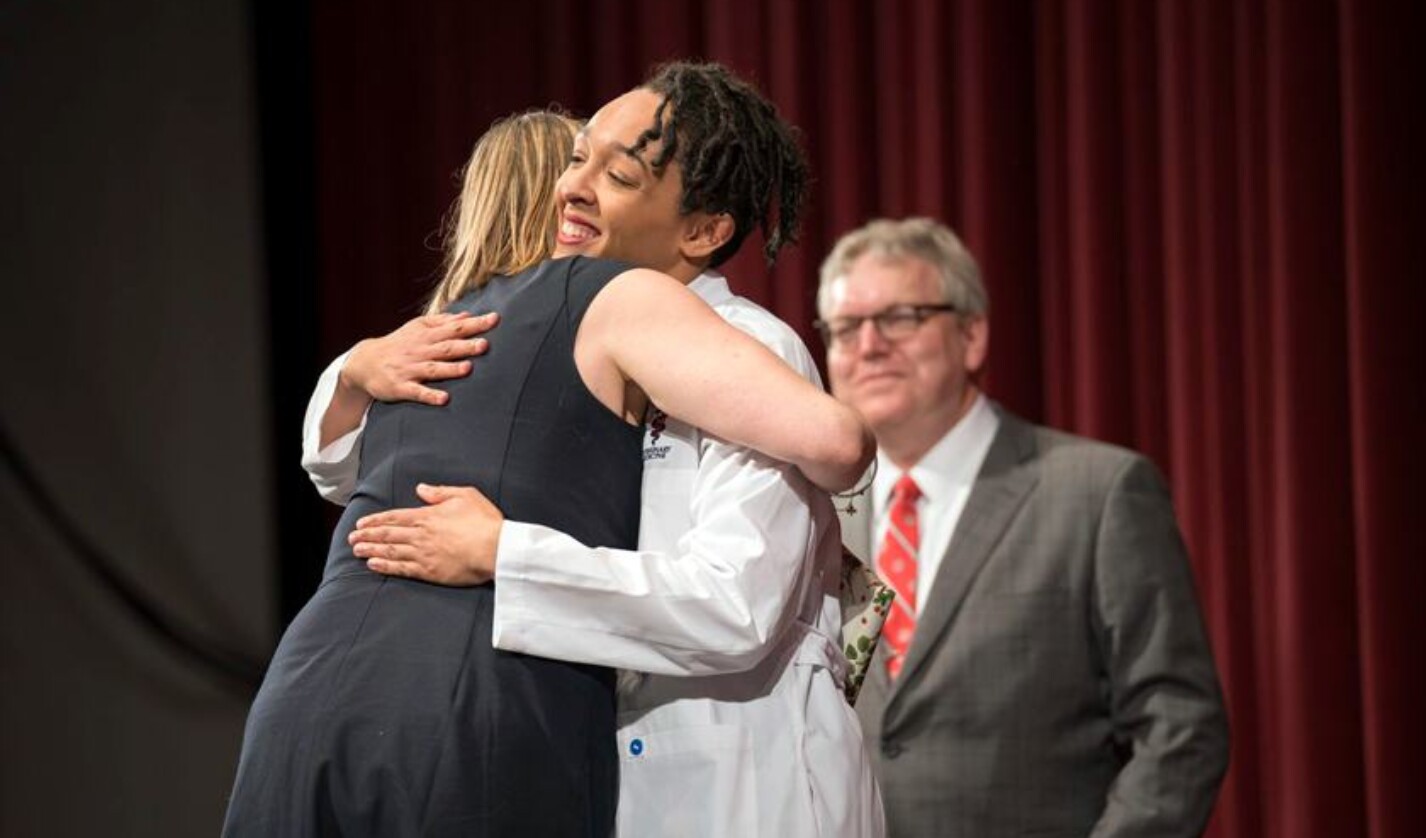 Make the world brighter this season.

Students need your support! Small gifts add up fast and could make a big difference for a low-income student trying to stay enrolled, or students trying to have the best possible Cornell experience during a difficult year. Make the world brighter by making an annual fund gift today.