The gifts started with a flurry shortly after midnight on March 14 and accumulated steadily through the day. The snowflakes started falling on Ithaca soon after, accumulating into a storm that closed the university at noon and closed Tompkins County roads at 3 p.m.

“The snow blanketing the whole Northeast did not stop Cornellians from coming together to support the university today,” said Fred Van Sickle, vice president for Alumni Affairs and Development. “Ithaca winters have always brought people together. And today, Giving Day did, too.”

Donors watched the day’s action on givingday.cornell.edu and on social media. They competed in 20 challenge competitions to direct $100,000 of bonus funds, given by an anonymous donor, to their favorite areas. Computing and Information Science received $2,500 for bringing in the first gift of the day. The College of Agriculture and Life Sciences got an additional $10,000 for receiving the most gifts from faculty and staff from 1 p.m. to 2 p.m. Undergraduate scholarships accrued an extra $2,500 from a hashtag challenge between 9 a.m. and 10 a.m. for a random #CornellGivingDay post.

“I think the snow encouraged people to share the Giving Day message, especially through social media, more than they might have had they been at work,” said Justina DeMott, assistant director of development for Student and Campus Life. “Donors seem to be incredibly excited about Giving Day. The energy is tangible.”

The challenge money increased the value—and the fun—of each gift, small or large.

“Today, every gift meant more and went further,” said Van Sickle. “Cornellians demonstrated their lively connection with each other and their commitment to making Cornell—and the world—a better place.” 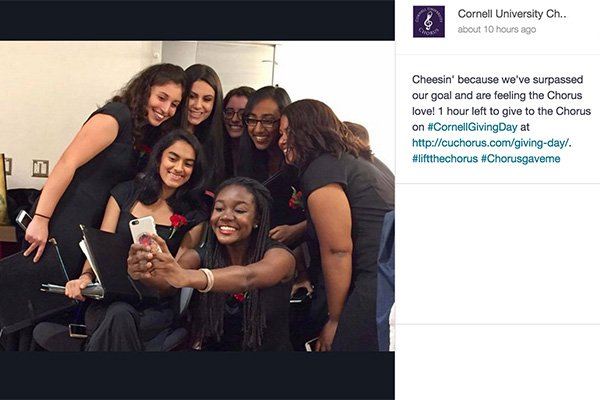 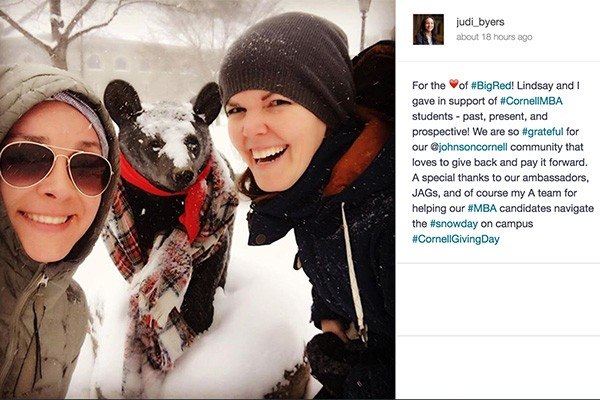 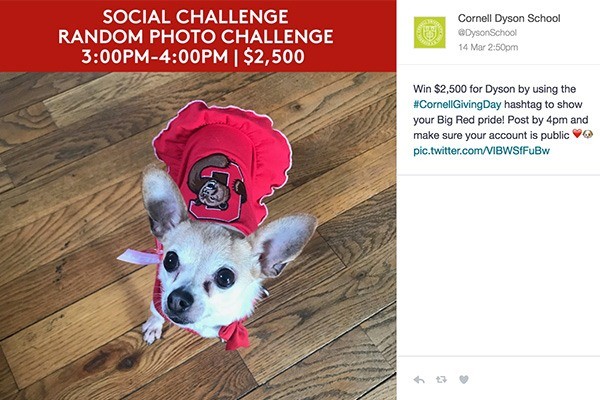 Cornell pets got involved in the social media action. 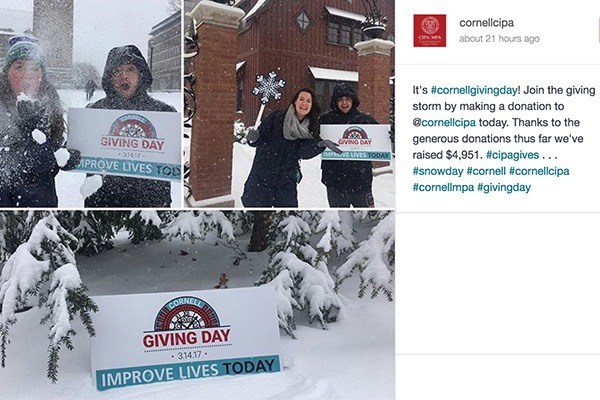 Students from the Cornell Institute for Public Affairs (CIPA) celebrate and the difference one day will make in their work and people’s lives. The institute raised $12,516. 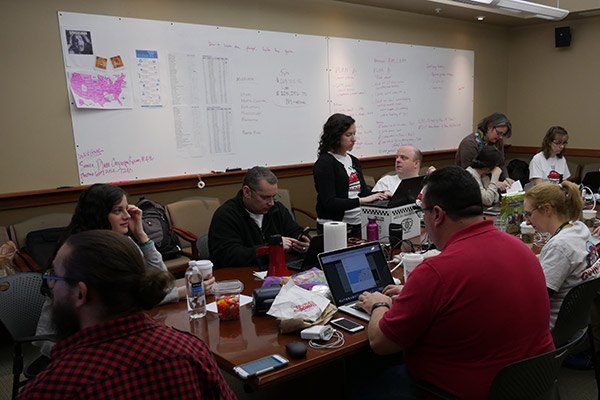 Giving Day 2017, Cornell’s third, focused attention on colleges, schools, and units, inviting donors to give directly to departments and programs that mean the most to them.

“Our alumni, parents, and friends have always showed up for Cornell Engineering on Giving Day, every year,” said Tony Simione, assistant director of Alumni Affairs and Development for the College of Engineering. “We’re definitely relying on our full alumni base for this.”

Individual departments benefitted greatly from the day of giving, he said. The School of Electrical and Computer Engineering, for example, raised nearly $30,000.

“Professor Clif Pollock, the director, has dedicated his career to educating the world’s best electrical engineers,” said Simione. “Anything you can do to free up his budget, that’s going to benefit the students and the college.”

Competition was hot between colleges, schools, and units and between Reunion classes, tabulated on online leaderboards throughout the day. Athletics and Physical Education outflanked its rivals by far for both total dollars raised, $3,010,085, and for the number of gifts, 3,013.

The Class of 1987, heading toward its 30th Reunion in June, raised $110,266, winning the class year funds competition, and 164 members of the Class of 2012, approaching its 5th Reunion, won honors for best participation.

At day’s end, Shara Safer ’19 won $2,500 in challenge funds for ILR by giving the final gift of Giving Day 2017 to the Speech and Debate Society.

“How fitting is it that a student was the last donor!” said Matt Siegel, senior director of Annual Giving Programs. “That speaks volumes.”

He said the total amount raised, the number of donors, and the number of gifts fulfilled the planning team’s hopes, while also setting a record for the largest university giving day ever hosted by GiveGab, an Ithaca-based, Cornellian-founded nonprofit online giving platform.

“We really felt that giving colleges, schools, and units more of a voice to reach the people who are passionate about those programs really worked,” said Siegel. “Giving Day 2017 was a tremendous success.”